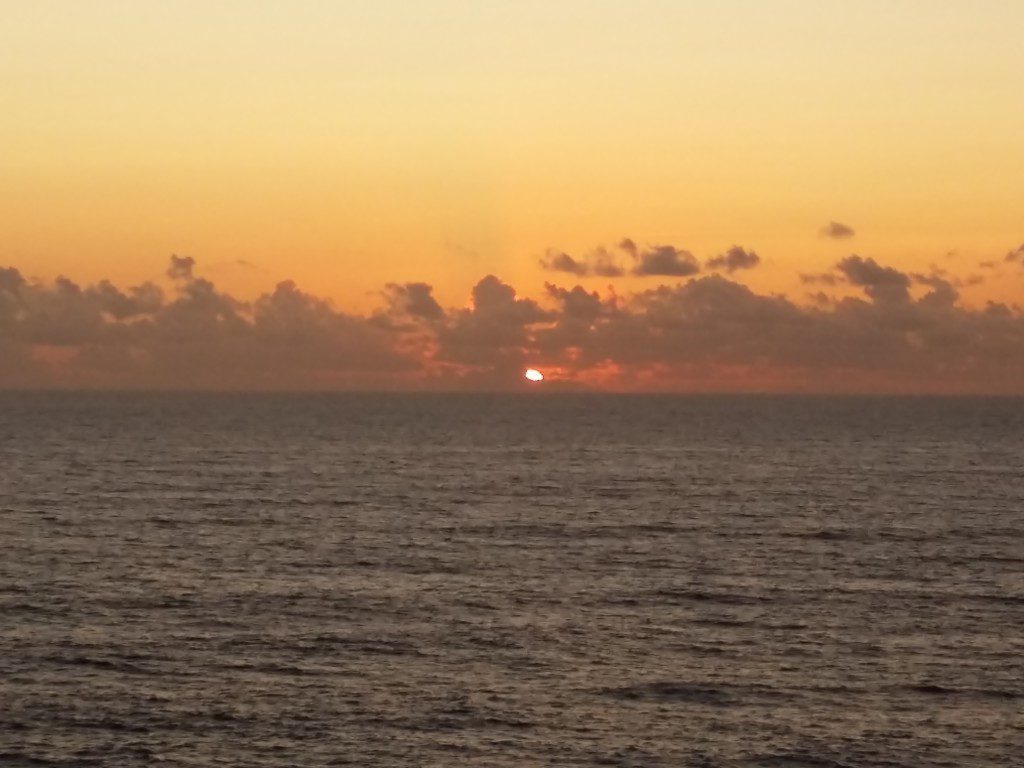 The ocean is wide, endless. What arrives as a wave at the beach, is only some little hill, some peak outside at the open sea. Far out, the water molecules are still on their way to collect themselves, to find pairs, triples, to form groups and bound each other until they are countless, as is the energy they are carrying. The sun is falling. In that particular moment it’s hiding behind some clouds, the rest of the morning fog, some rainy dust. Below the yellowish sun, the ocean’s blue is even more beautiful. I’m sitting at a tongue of land that is extending into the Atlantic Ocean. It’s a Portuguese piece of land, their holy coastline. A small surfer’s village.

Five years have passed. I had passed hours and hours at the beach without taking a foot out of the water. I wrote down “My hair is out of order, my eyes are red, my skin is hispanic. And I won’t stop until my entire body starts hurting.” I recognized the surf teacher from five years ago. He used to provoke me by throwing me in the water. I pretended to be angry, but of course the only thing he could see, was some little girl’s smile. It takes a while until I remember his name. I was laying on a bench reading a book, when I dared to ask, whether we’d go surfing together. One leg was stretched, one bent, so that Alvaro would easily recognize the fat black and blue mark on the inner side of my leg. “What did you do, Pauline?”, he’d ask in a caring manner, but also with a voice of great humor. I explained that the fins had caught me. He would slowly shake his head and tell me that a surfboard had the purpose of laying down, not of fighting with the fins. He’d look at me with his warm and provocative eyes, he’d wait for my laughter. I loved his humor, I loved the warmth in his face. Surprisingly, the answer on my hesitant question was an offer. The offer to join the afternoon’s surf class. I just casually shrugged my shoulders and told told him that I’d think about it. At the spot, he asked me for some wax. I shook my head no. “Oh come on, Pauline, you are a surfer!”, he provoked me again. In order to tease back, I stripped some wax from my board, until my little finger was white. “Here you got some”, I offered him my littler finger. “Funny girl”, he just remarked.

We paddled out together and he assigned me which wave to take. I didn’t catch any. But heard some ironic shout behind me. Next time, I paddled with commitment. Experienced a whipeout. Probably the strongest I’d ever experienced. I grasped for air, looked how much time I had until the next wave would overrun me. And there he was – surfing a wave of his choice. The wave had partly already broken next to him, he paused and then introduced a strong, powerful bottom turn. It was fascinating to see this strength, the tension and smoothness in his movements, the harmony with the wave. A second later I had to dive to not be entirely caught by the force of mother nature.