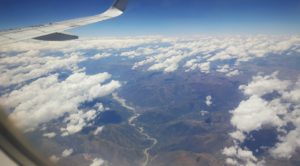 Arequipa la blanca – Arequipa the white city, our next destination after a 9h-drive by bus. Known as a very non-Peruvian city, we were curious to explore the small streets of the second largest city of Peru. Very soon we could literally see the origin of its nickname: As all the houses are built out of volcanic stone, their walls are entirely white. Even most of the cathedrals and the Main Square (Plaza de Armas) show the same characteristic architecture and design creating this special atmosphere everyone is talking about. 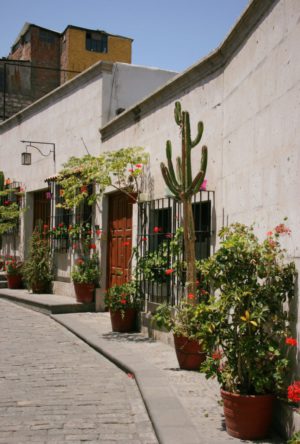 After having explored the important places of the rather small city centre, we decided to realise the famous Colca Canyon Trek, a two days hiking tour including condor watching and lots of walking. It basically consisted of hiking down the canyon the first and getting back up the next day. You won’t believe me but the way down was way worse than up – it was hot, dusty and after some hours your knees won’t stop shaking. At least we passed by dozens of fruit trees crossing the gardens of the village that fueled up our energy. 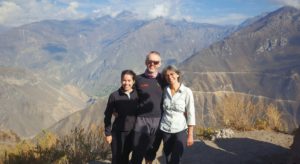 Having spent the night in a rather basic hut, we were happy to be back in our hostel in Arequipa. Our last day we spent walking around a bit more, taking photos on top of the mirador, eating some more traditional arequipeño food and of course buying a typical llama pullover.
Back in Trujillo, I tried to set up some activities for my parents which was more difficult than expected. Trujillo isn’t a touristic city so we had to stick to a little city tour, the site of Chan Chan, Huanchaco and some nice restaurants.
I was happy to spend Christmas with them at a student’s house who invitied us on 24th. It was totally new to us to start late at 9pm celebrating, to start with the feast at 11pm and watching fireworks at midnight. We were told this was even earlier than average so it was definitely an interesting experience, although it already felt a bit like New Year. The day after, officially Christmas, was even more of a special experience as everything was closed and calm. Something I’ve never seen before in Trujillo as even on Sundays supermarkets are open and people are on the streets just like on weekdays.
Our last trip led us to Huaraz, a small city in the Andes where we spent some more time in the Peruvian nature. Turns out we’d spent most of the time in the bus driving to different destinations of our tours, but this wasn’t too bad in the end as it all was pretty high again (between 2500 and 5000m) and the beautiful landscape with its flora and fauna could be observed anyway.
The first day was packed with the Chavin culture, pre-inca and over 3000 years ago in Huaraz. 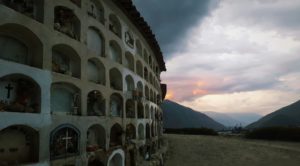 We visited their main temple, feeling the ancient spirits that attracted so many pilgrims in former times. Their strong belief in higher states of consciousness (often provoked by the San Pedro Cactus), their gods and traditions formed the center of their lives and are still part of the modern Andean culture. 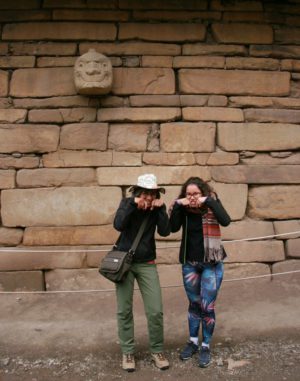 The next two days rather consisted of pure nature; the Llanganuco Lagoon and the Pastoruri Glacier. 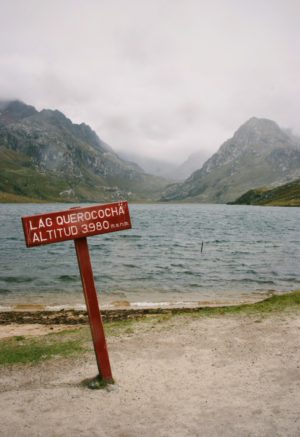 The pictures speak for themselves concerning the beauty of these places and we enjoyed spending some time in these areas a lot. 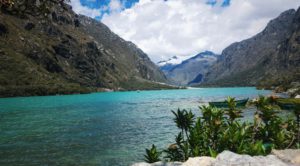 The woods of the „Puya Raymondi“, a typical Andean tree, 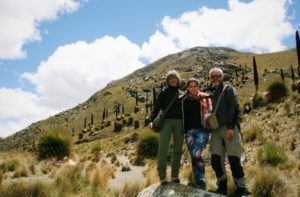 and the natural source of mineral water were just as exciting as the snow storm accompanying us down the way from Pastoruri. 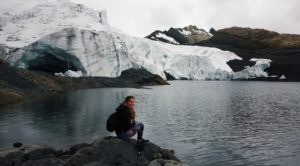 But I want to say a word about something you can’t easily derive from the photos. The Pastoruri glacier looks impressive on them, but did you know that in the last 60 years more than 2,5km of it have melted away? This certainly is one of the saddest consequences of climate change and even more so of human interaction in native regions. Other glaciers here in Peru, inaccessible to us, lose substantially less ice every year – definitely something that leaves you in an uncomfortable inner conflict as a tourist and visitor of these places. 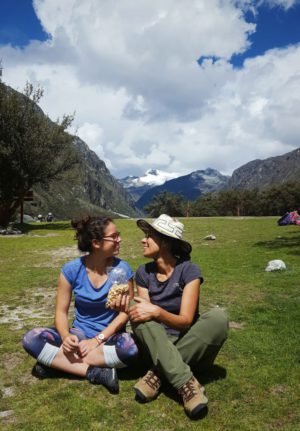 Enough travelling? For now! My parents are back home in Germany but after a rather disappointing and calm New Year’s Eve at the beach, I spent some more days with my flatmates in Cajamara, so stay tuned for more stunning activities and pictures, I promise!