So this site let you readers know all about my cooperation with a few students here while they created quite an interesting Project by themselves. Those students are Mamikon and Malena (thats what I think her name was) and some other dude from the Secondary school. Im a lovely volunteer am I not?

Alright, so, its about time that manage to type this part up. This story probably started around , maybe even before Christams. So now lets get into it!

So Mamikon had at the very start mentioned a little projjekt idea he had wanted to do in Chamabarack, a small little study room isch place where he could also hosts other events like Classes,Seminars and etc.. and back then i just nodded smiled , said that ill offered my help and kinda like brushed him off not expecting anything else, but low be hold , i forgot its mamikon and well after some time passed he came back to me. He came back telllingme that he had talked with a local NGO “ world VIsion“ a christianity based organization which has a pretty high standing in Armenia since they do alot of educational and community work. They came to ann agreement with him to basically support him in his ideas since they are very interested in his motvation and ideas. When i heard that i was very very surprised, becuase like, i knew that he was very invested in like voluntering and the whole community work but I didnt expect that hed actually like, make a difference and do something.

So what did he tell me else? He told me that his main idea, so the litle study room for seminars and such would maybe even turn into reality if a few other things would happen. But he would also need my cooperation and help inthe future so that things could happen faster.
1. The number one thing that I would have to do is to create a small 3d model of the room. I had mentioned and shown mamikon some projekts before and thsta why he came to me with that issue he had. With that Model, we could „plan“ the interior of the room and suggest or show the higherups of the NGO what they would be putting their money in and etc..

2. The second thing he asked was kinda asked from my side if you will, i know that sound funny haha. So he said that he would maybe put in a small library or some reading/learning material not only armenian but also for foriegn languages. And there offered to write to my contacts( So the GI, PAD,DAAD and the appropriate embassys ) if they would be wiliing to donate anything towards the little room in rural armenia. I did, however also tell him that i would only do that once we actaully had the room. Because no one would be donating anything if it woudnt be 100% guaranteed that we had a room and etc. I think you understand what I meant.

3. He also asked me about a logo he disgined and asked for my opinion on the colour sceme and all that jazz.

4. And the also smaller things, like helping him open a Facebook site for the whole idea he was planning aswell as simple translations and whatnot. He decided to callhis Projekt the “ NewBreath Chambarck Youth Group“ and there will be a link at the end!

Now i talked with him about it and said that i would help where I could and that wed just see how it would develop in the future and what the higher ups would think about the developing ieda, model and stuff.He then also said that he was going to go to the NGO branch building in chmabrack to talk a bit about the whole projekt with them and that I was gladly invited and i accepted the invitation. AFter schol, we met up with another female patner of his and headedto the branch building. There I met felia, one of the project coodinators there, who has a dope ass ring btw, but who we talked a bit with and then thez told us that we would be able to look at a room they found for us. WE agreed and walked 50 meters down the road to the old branch headquaters of Sareszans partz, Sargeszan was the Presedent who was released from his dutz after the revolution by nikol pashinian. I was quite surpried that we got that building, but well, a room is a room right! I checked out the dimensions so i could have a as, realistic as possible model and then we dipped. Here are the pictures of the bare room by the way : 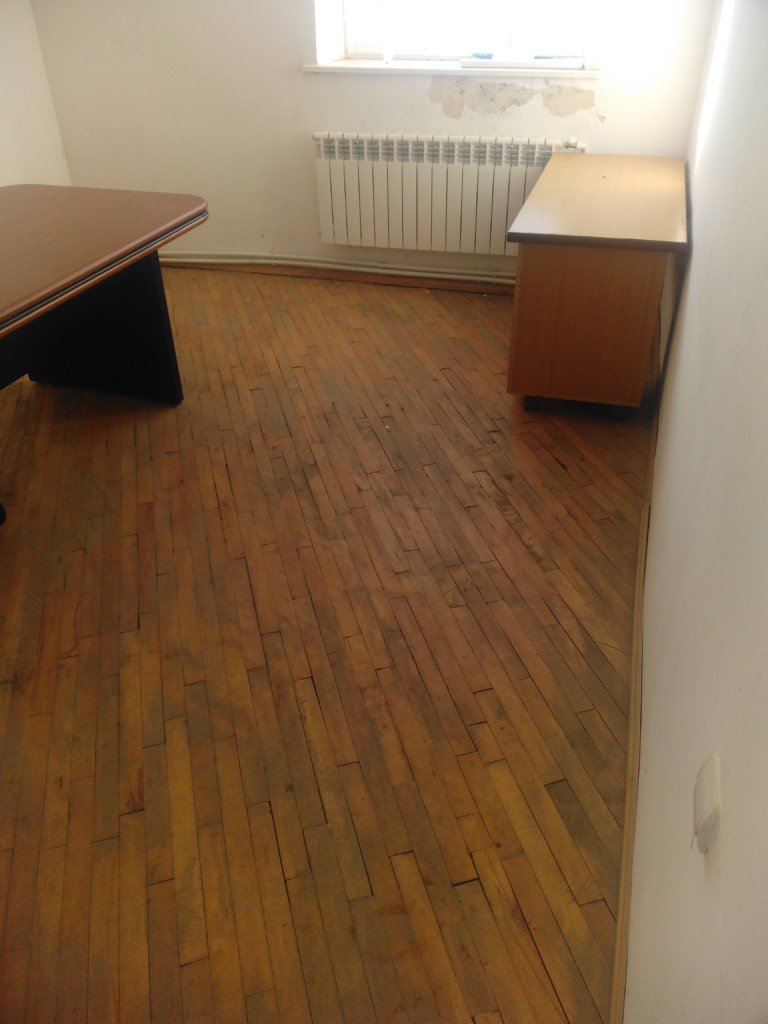 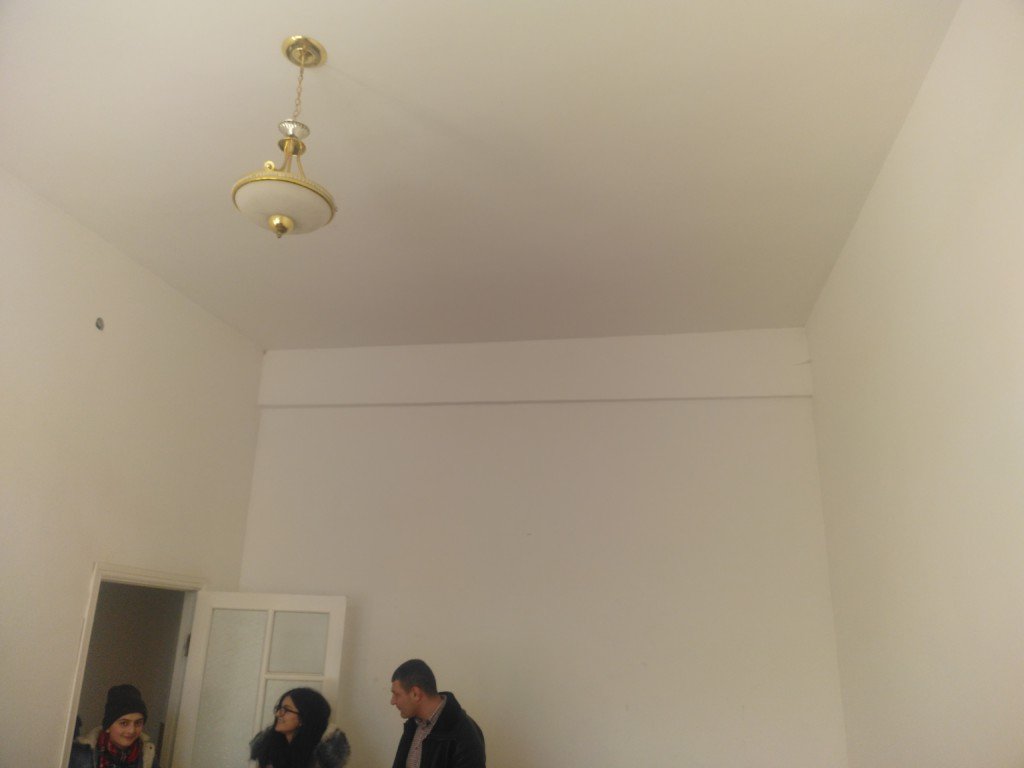 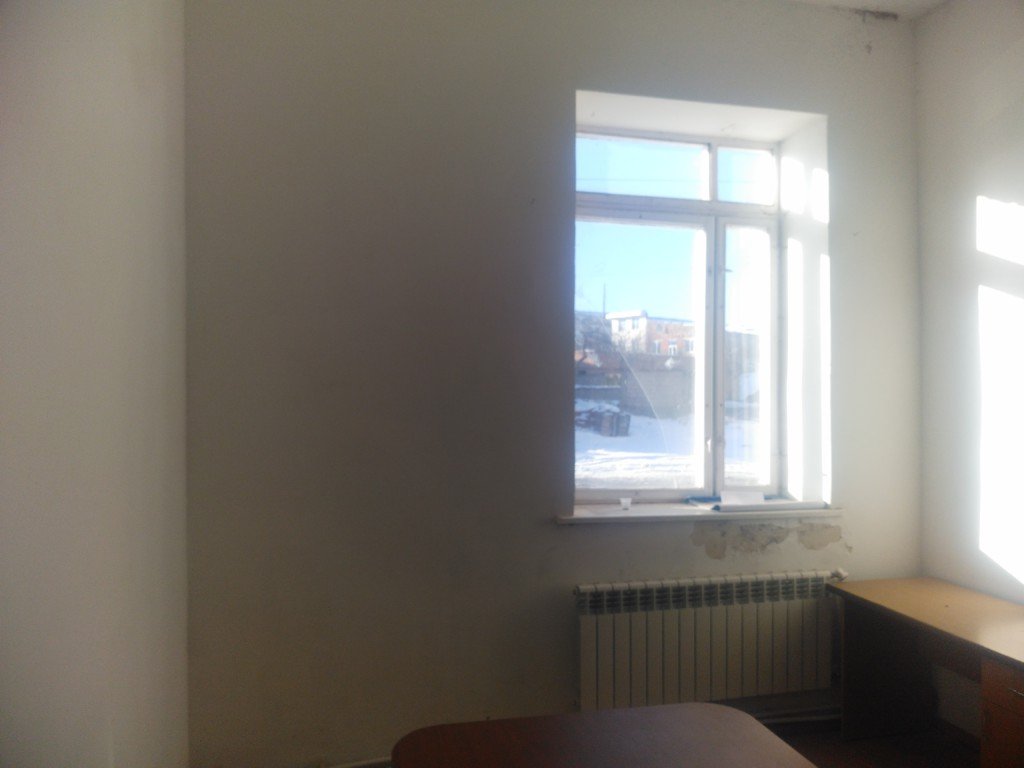 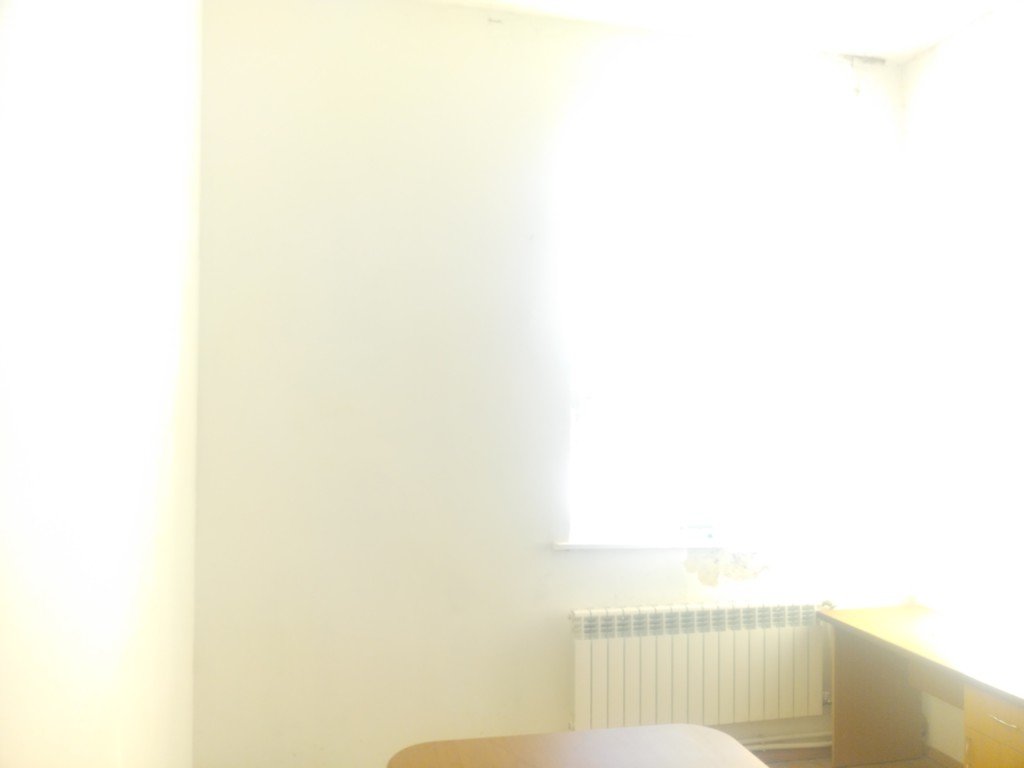 Now so, on te samme day, i rushed home and started working on the room model. Not only becuase i was qquite motivated and interested in being part of this community thing, but also because apparently the regional boss of Genghraunkin ( the region where chambarck is located in) wold be visiting the town this week on a routine check up and that we would hae the chance in preseting the Project propasal to him there, otherwise we would have to wait untill the next time comes aroound, whichw as of course totally unnacaeptable so it had to be done!

I rushed home, started up Blender and well after a few hours of work, had created this: 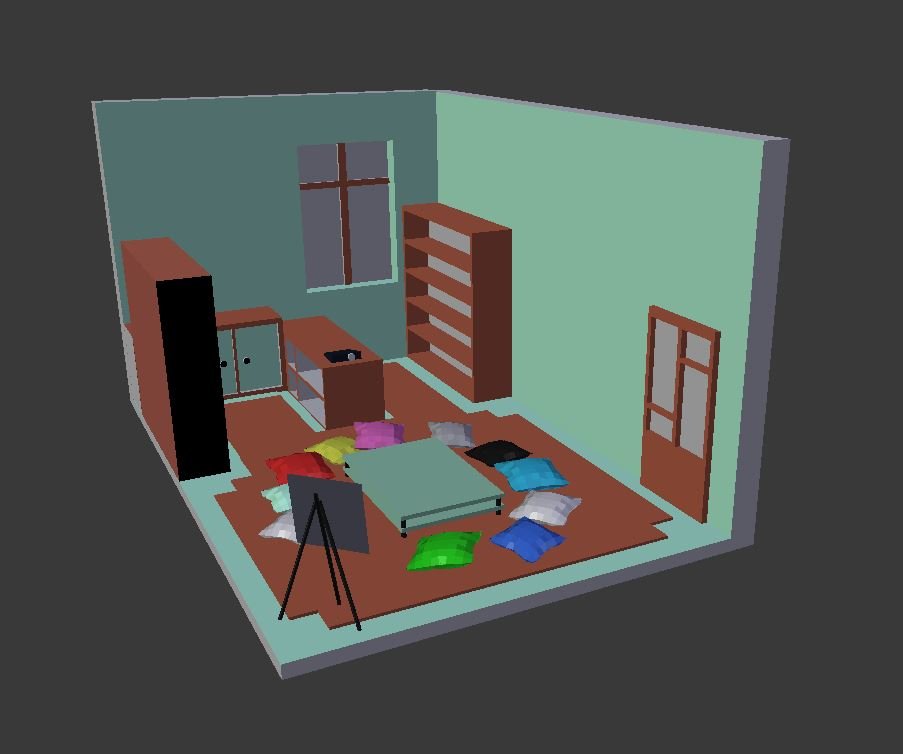 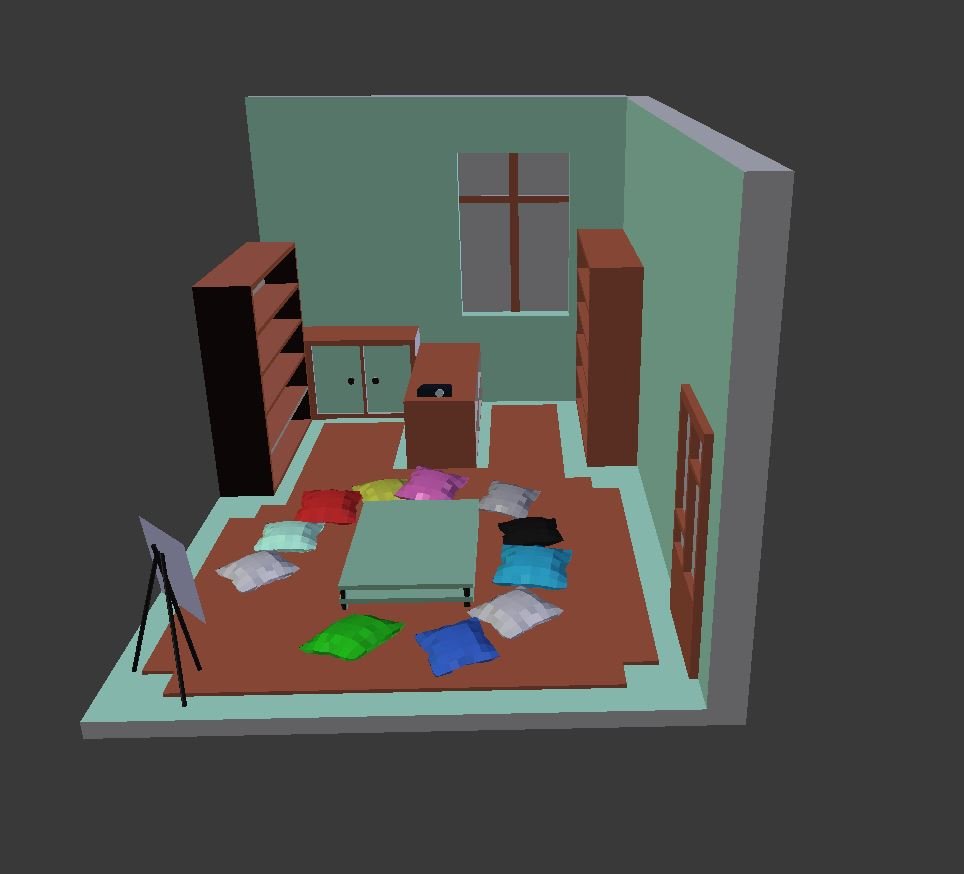 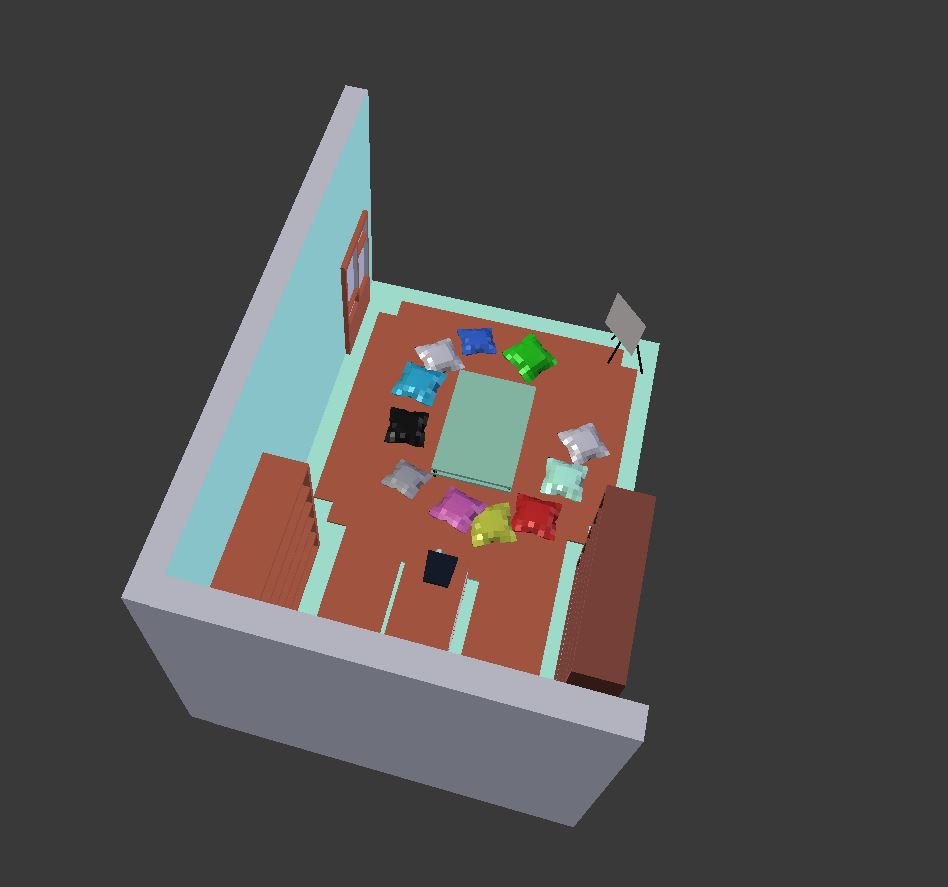 ( I think i´that ill still ad the actuall prgramm filed for the models i show on this blog later becuase,why not and its cool! But im too lazy now ;))

So implemented , as per Mamikons wishes, some higher bookshelved and cupboards as well as waist high shelves for anz literature he would like to include in his likke project room. Then I also created a litle utensil storing area and make shift „kitchen“ with onlz a kettle ibn the corner and on one for the lower shelves. and for thehighligh, something that he said wasa must for the room was a „Poofiks“ or basicallz like fatbozs for the children to sit on. In the circle f the weird sieating cushions, i places a small ddouble/decked slim tabke in case thez needed some space to wire&store and etc. Another cool feature is me adding a small beamer on one of the low rise shelves so they could use it to watch ovies, listen to presentations and all that jazz. Oh! and not t forget the flipchart board in the corner! Verz verz important haha.

Anyways, i cam back to him the next day, and showed him the model. My master was very pleased, and luckily, the regional chef did arrive on the same day, and after aa bit of chaos with my planned classes( emma was nice enough to jumpin and substitute) I ran acrosss town with my laptop so he would have a model. After the whole presentation, he told me that WOrldVision was interested in funding the room, but that he would have to put in some work and show them that hes serious before and have some seminars before they could approve the money, and I was like cool! So yeah, that was the first part , now comes the second part of the story.

The second part is basically their/kinda my way of managing to get the funding of the lecture room. So he talked about holding a starting three seminars. One would be about human/childrens rights, another one would be about climat change/awareness and they didnt have an idea with the last one yet. I did however participate in the one regarding human rights/childrens rights. I put on something nice and basically just helped with set up, technicalities and just making sure everything runs smoothy. I was very surprised that quite some children turned up, and well how well Mamikon and his partners managed to regulate the whole event, props to them! Here are some pictures from that day:

(The pictures are on my broken phone and will be added, as soon as possible, if i manage to fix it)

Now since then they’ve had quite some seminars, Ones regarding , and have had other events where they went into more rural villages or had movie/discussion nights for example. Im curious to see where he will go and how this whole project will develop

Alright, so over the months, Mamikon had more and more contact with World vision and well became more and more active in volunteering and dong projekts. One day, I think 2 or so weekends ago he reaches out to me over facebook telling me that he wants to do another projekt, not only in chmabrack but more in the surroundng, smaller rural regions. The Projekt would be dealing with societela issues the rural areas where having and the goal of the project was to talk to the youth there and get their insight and wishes on current issues. Mamikon had already done that part with three of for smaller towns and well, wanted to go one step further and use the drawing the youth did as a basis for a set of Murals we would be painting in the towns to in a sence, raise awareness. And well here is he needed my help to design and create thoose murals. So we made a date where we would go to the Worldvision bulding after school so I could see what kind of Ideas I would be working with.

We went there and Ofelya showed me a stack of A4 drawing&sketches containing the ideas and messages from the children. The topics where something like: Gender Inequlaity, Descimination, Lack of Water, Pollution , Globalwarming , Lack of (social)  facilities and well bad driving roads haha. There where also quite some cool works where I immidtaly got some Ideas from so I said ill do the best I can and went home and over the next two days, created these preliminary Murals:

Now, since I am quite busy with my own work and definetly wont be having time in the summerholdays, I doubt that ill be able to partake in the actual painting or redevelopment of this Project but I definetly am Open to helping them out when and where I can. So I wish them Good luck!