I am sure that you all are glad that I am back after this break over the Christmas and new year break. I am also kinda. But also not because I will have to be typing up these again haha.

Now, lets start with recapping . Alright so I returned to Berlin and just enjoyed my time there

I must say that being in Berlin was a bit weird again. I don’t know, Berlin was having its typical winter weather of being dark , cold and wet and well it just seemed a bit more gloomy/ depressed than usual . I went ice-skating and to the movies on the first day when I arrived, not even sleeping after id already been awake for 20 ish hours and had arrived at 7 am in Germany. Unfortunately , I caught a small cold in the following few days around the time of christmas and I was worried if it would tun into something worse and id not be able to see a doctor because they would also be on holiday leave. Luckily,one of the doctors who was open on the holidays was near my place and so I gave her a visit, turned out all was really okay and I just needed rest. Sure enough after two to three days of just lying around in bed, drinking un humanly amounts of tea and water and sleeping good amounts, I turned out healthy again. And so I could enjoy my time back home again. So yeah, I just basically met up with a lot of people, went to a few parties, went out eating a lot of good things, visited friends from work and just enjoyed my.. “ old life“ if I may say in an exaggerated way haha. But well , this Blog isn’t about my time in Germany , but my time in Armenia so lets skip to that part!

So, my returning flight was at 9:30 on Friday the fifth and it went all well and I arrived at the Zvarnots International Armenian airport at around 4:30 local Armenian time again .

Funny story, while waiting to check in to the flight to Armenia I was walking down the line to line up myself and from a distance I say a Man very similar to Arthur, if you don’t know who he is, check him up in the lexicon, and it was a younger and not to meaty version of him and I just shrugged it off as like the usual Armenian guy. But later when I was in the line, a woman in front of me turned around and it turned out to be Ani, the receptionist and I found out that she and her mother went and visited relatives who live in Germany. The man who looks so similar to Arthur was his younger brother haha.

Anyways so we stood around for ages to get through immigration and security and so we are sitting around to wait for boarding to start. And I look up and I see, Holga, just walking around as he does, in his own special way haha. Turns out him, his wife and another higher manger where taking the plane back aswell! So that was a nice surprise haha. Anyways so, the flight went alright and well as I was walking out to the arrivals area of the airport I realised that if Ani and her MOm where coming back, that Arthur would probably be waiting to pick them up, and sure enough. He was haha. We had a really nice and surprised reunion which was ver sweet and in the end he even called me a cab which was very nice. So yeah, I arrived at the flat of the others at around 7 and went to sleep.

The next few days where literally just sleeping, eating and watching Netflix or being on my phone haha. We where so lazy. the reason for me also not being able to adjust to the +3 hours and falling asleep usually at 3 am was because we didn’t go outside at all. Anyways but finally on the 8th of january i decided to go back to Chambarack nd lord was my backpack heavy.I swear it had never been as heavy as that before. But i managed to get to the bus and well, a few hours later I was back safe at emmas again where I was greeted by  Nare and Emmi. But for the rest of that day,I really just unpacked and settled  down in my room again.

So basically I just spend a week living myself into the town and into the school again. I did a Emil and the detectives lesson( which this week was very fun haha because of an interesting creative question I gave the group)  and another preparation lesson for the Goethe exams while planning out my Final plan for a normal week.  With that thought I also fulfilled a long-standing wish of mine to make a few posters which would like introduce me, show what I do,show updates and have a suggestions box. And that’s what I did. I had already set my mind to it in Yerevan because I had bought Yellow, red and green poster paper for the little Introduction poster of mine. It took a long while because of just smaller details and crafts which took up time but all in all im pretty satisfied, here is the finished product: 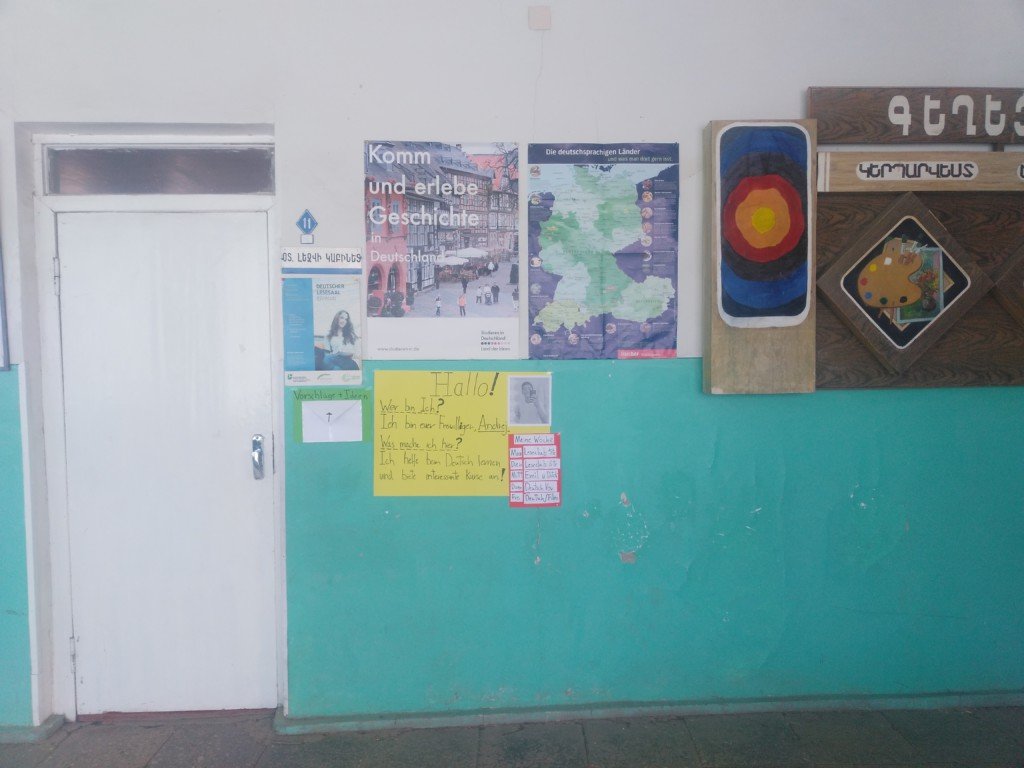 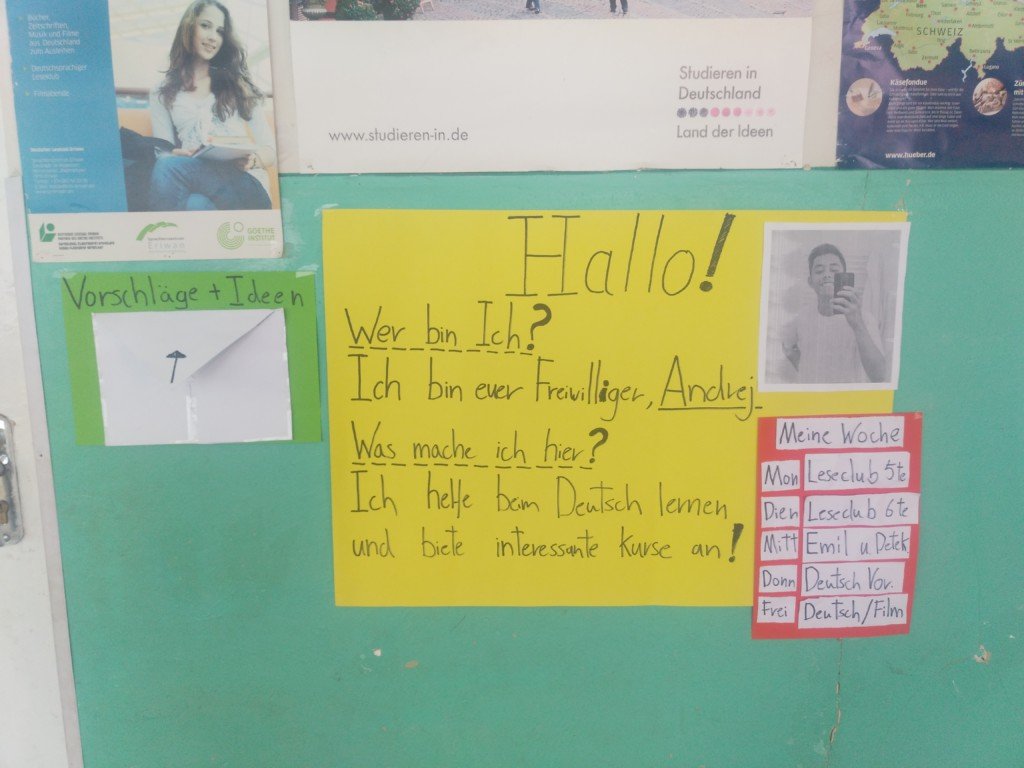 Also , it was a daily struggle for me to walk to school because the streets were completely frozen over and I was like taking small steps and shuffling not to slip and die because I have slipped a few times haha. But that was about it really. Todays Sunday which means that after I post this ill take it easy for my last day before i’ll do my best in the upcoming week!

Here are some pics of the frozen landscape and roads of Chambarack!: 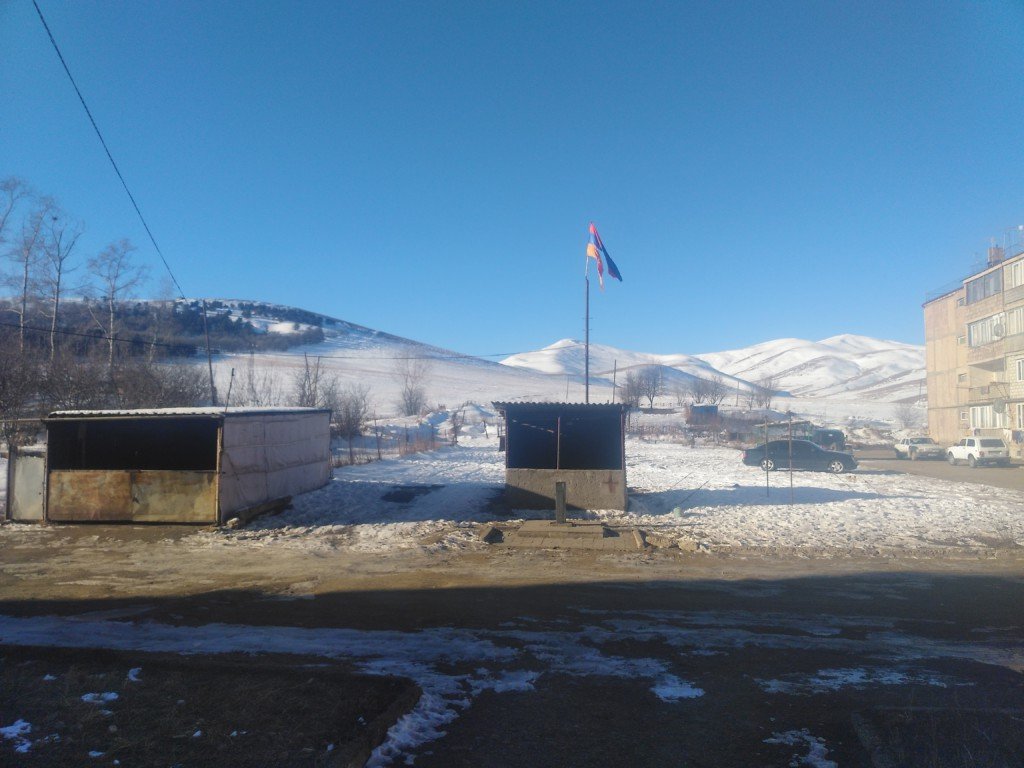 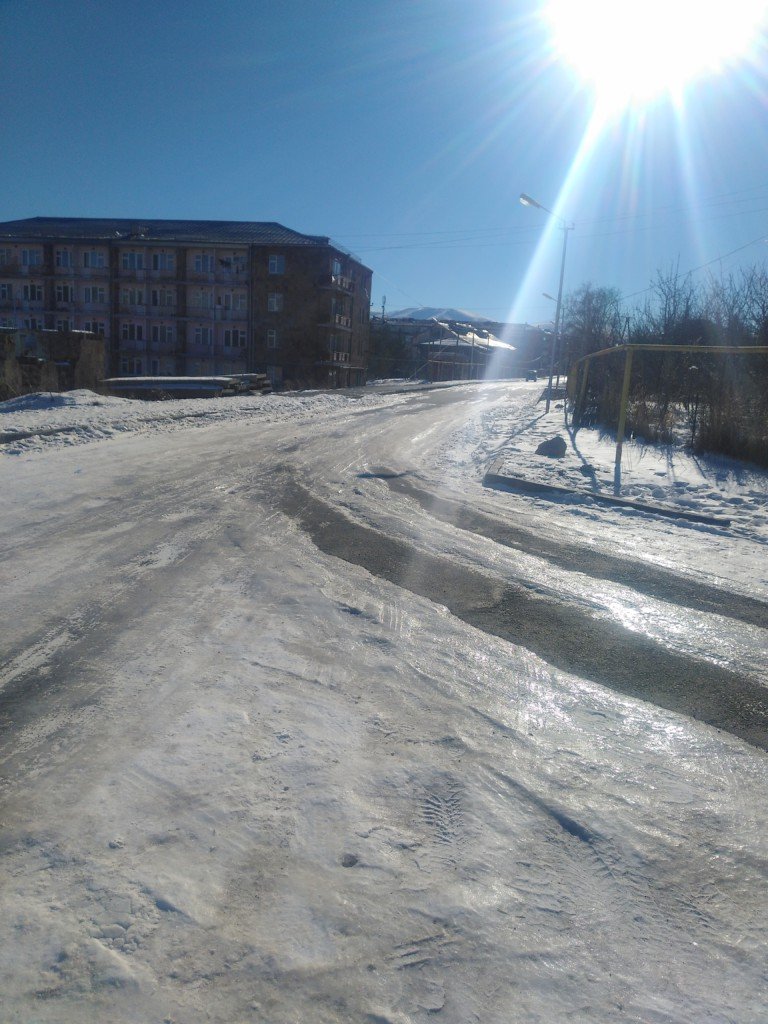 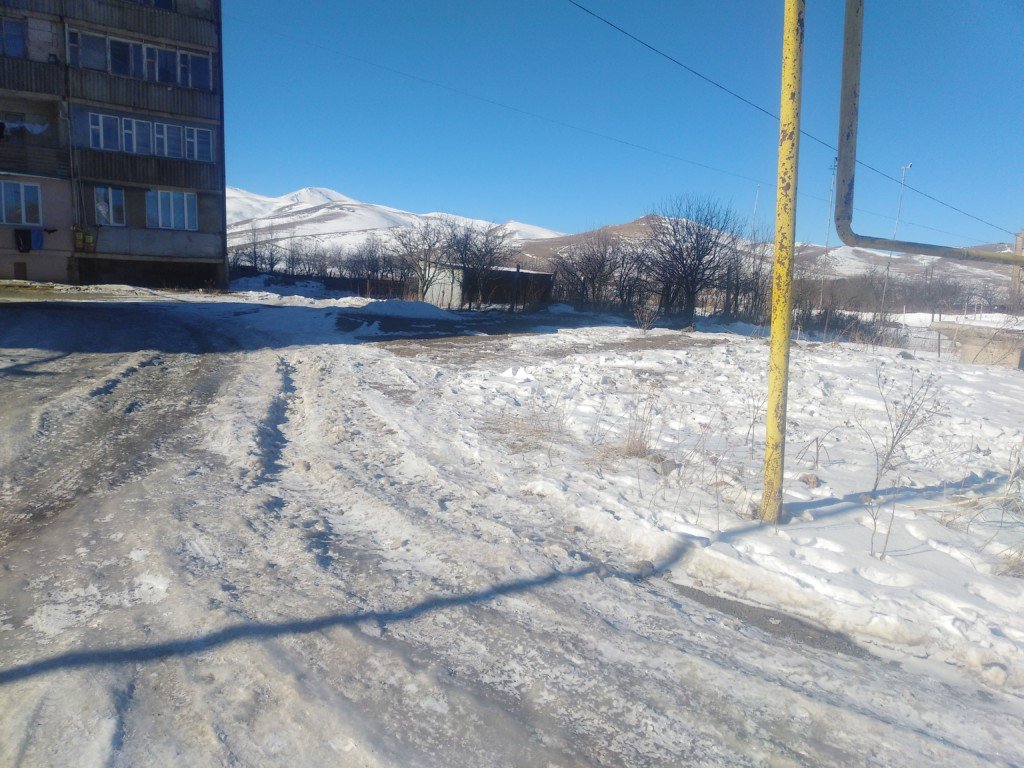 Oh and here Martin.. here’s a pic I took o your bed so I would know  how to clean it up after I slept in it hehe … 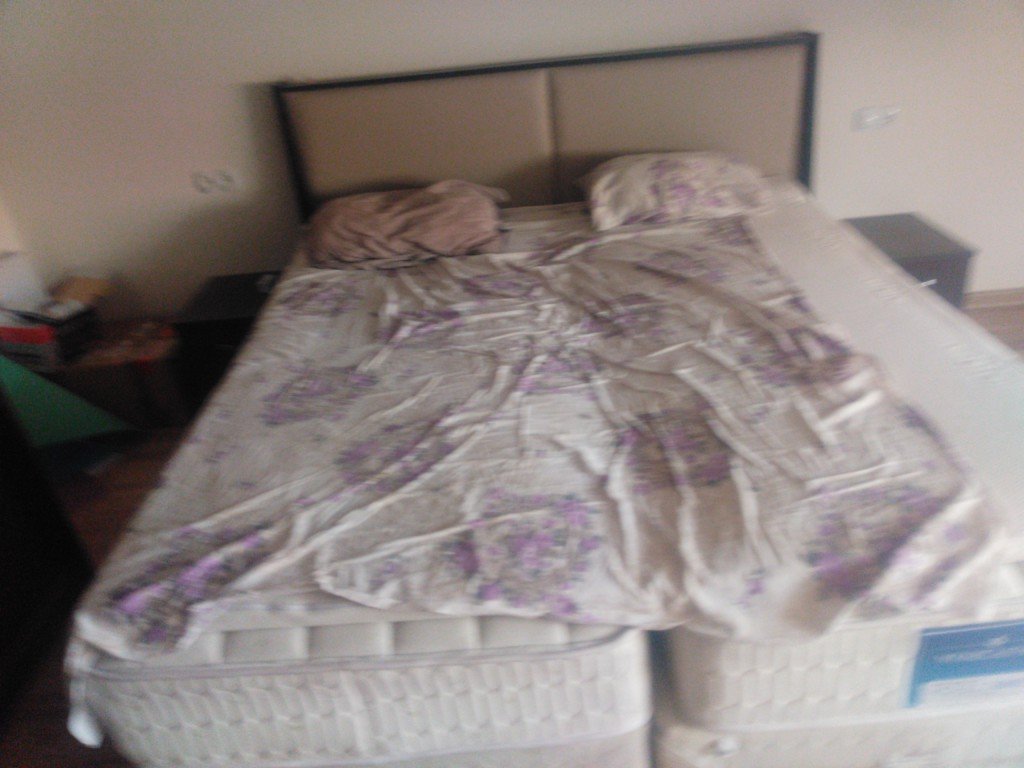