So after a very short drive through the first streets of Chambarack, my first impression was seeing lots of pretty run down houses, wild animals running around and a pretty bad infrastructure , except for the city center. Now we first stopped at the No.1 school where I would be working for the next year.

After coming through the drive through to the school, while not trying to drive over some of the chickens running around, i got out of the car getting greeted by the cool mountainous Armenian air.  Now the impression form the outside was a pretty solid one. A school complex with 3 main building, two teaching complexes on either side with a hallway and a sport-hall connecting all of them in the middle. But while we walked through the school, the more “ solid“ appearance degraded a bit by the more rural and raw outfitting of the interior.  Having arrived at the Teachers room, we get into a small conversation with the vice/principle, German teacher and my landlord Emma, who is this very short but sympathetic happy person. WE talked about the usual jazz, what ill do there, my impressions and a little small talk for a while until she called in two of the best German speaking students Mamicon and Nazahlie ( I hope thats how you spell the names) and they took the intern and me for a small walk around the city. Below, pictures of the school : 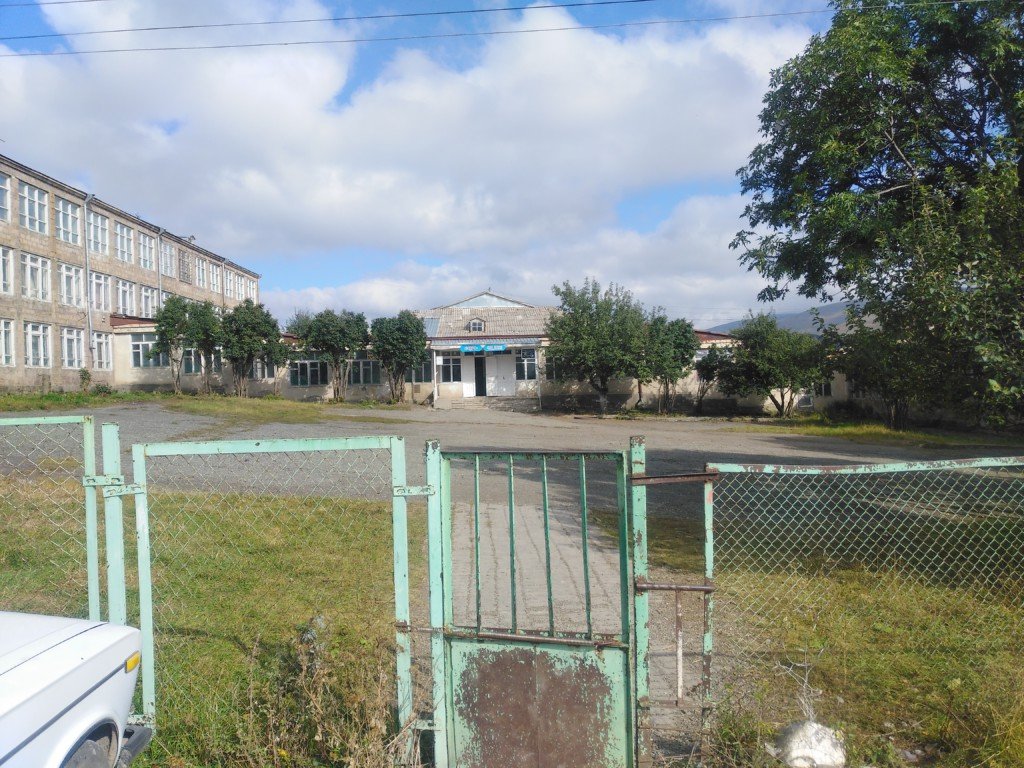 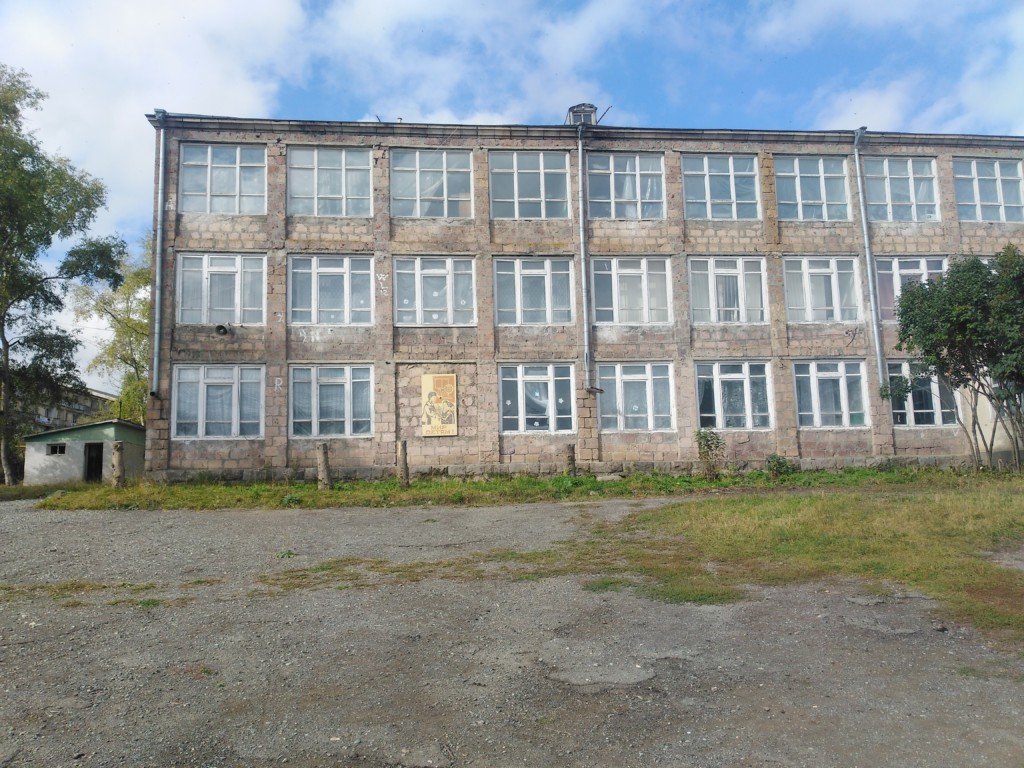 We walked down a small hill , crossed the „Getik“ river and walked around to the city center while visiting a small commemoration dedicated to fallen Armenians in wars before mamicon invited us to visit the house of a old Molokan woman. The Molokans being a religious minority group which settled in Armenia at the end of the 20th century. While the actual conversation was a little awkward since we coudnt speak any Armenian, the house it self was very pretty and unique. It turned out that she lived in that house her complete life, from birth to now, around 70  years. We did feel a bit bad through because we showed up out of the blue and kind of intruded haha.

Right so after we had our little mini/tour our whole group went back to Emmas place where i got to see my room and was treated to a group brunch.

Long story short, I ended up in my new home and arrived in Chambarack while the rest left for Yerevan.

So basically what happened i the following week  ( wow I really need to keep these short haha )  I managed to get myself a little comfortable in the school administrations life,  visited some  3rd, 5th, 7th and 9th grade classes to get a little feel for the teaching and started thinking about projects and workshops i could do for the Kids. Here are some of the thoughts:

Now It turned out that Emma needed to leave for 10 days with a group of students for a Cultural seminar on Georgia so i got the chance to take over her 7th and 9th grade German classes, which were from Tuesday to Friday. Of course the first lessons where a little rocky due to my inexperience and not being really able to communicate with the students but at the end of the week I was really having fun teaching the students and well it was cool haha. I also tried implementing the above mentioned movie evening on Thursday but due to the media player being a little weird , the film always reset every 5 minutes or so that sucked.

Number 1 thing i forgot : I was walking around the school premise with mamicon one day so i can get some reference pictures for my “ Blender “ Project and we arrived at the back of the big main building and we walk past this hole leading into the dirt, covered with like metal sheets, dirt and rubber tires and I ask him “ whats that ?“ and he was like : „Oh thats a Bunker “ and i was like “ Okeeeyy“ . Below a picture: 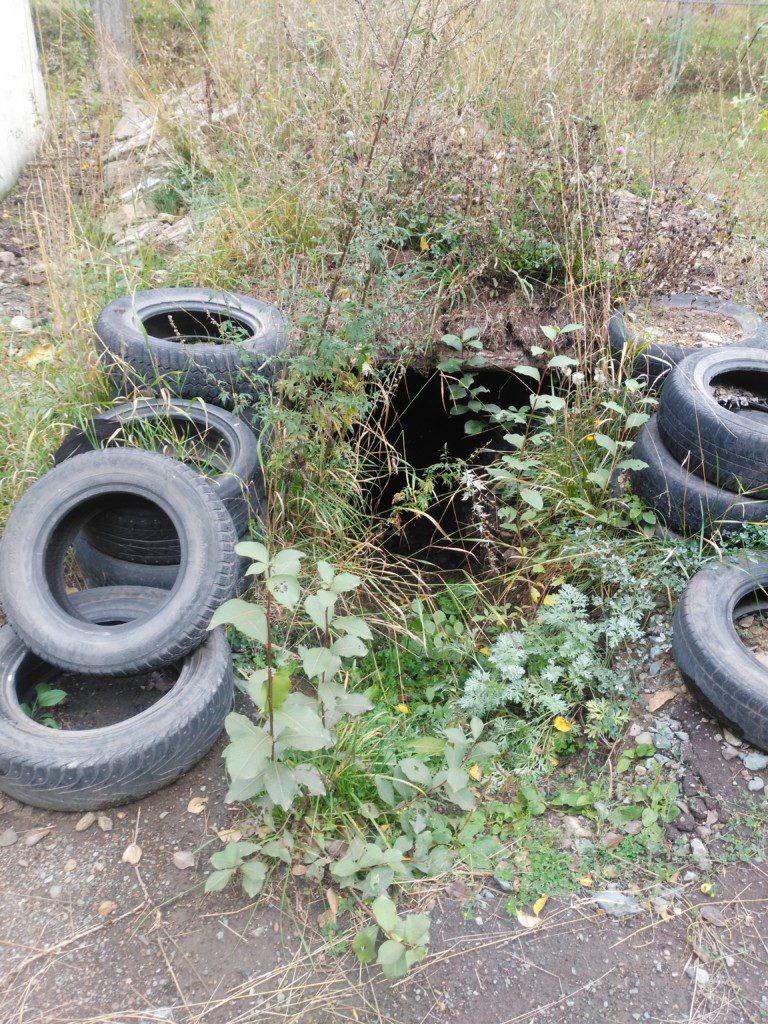 While im sure i missed to write a lot, if i remember it again ill definitely edit the post so y all wont even notice 😉 until next week my millions of readers,